Michael is a founding partner of the company. In last five years Michael completed a number of cross-border M&A projects and advised on several private equity investments. Before founding Venture Investors in 1999, he worked as a legal counsel for WoodCommerz. Prior to that he participated on the first issue of eurobonds in the CEE region (the issuer was the Czech power company ČEZ). He also worked for PPF (First Privatization Fund), where he took part in the preparation of several privatization projects in Russia and Bulgaria.

Michael studied Law at Charles University in Prague and went on to pursue graduate studies at St Anthony's College, Oxford (Soros scholar) and Hughe's Hall, Cambridge (Chevening Scholar), where he obtained his masters degree in law (focus on corporate finance law). He specialized in securities and exchanges law and regulation of financial markets. He founded and presided the Central European Society at Cambridge University.

Michal speaks Czech, English, Russian and Polish. Among projects he worked on recently there were several sell mandates from IT and telecommunications companies, acquisition of private University and work for Western European Private Equity funds on the acquisition of Czech Telecom. 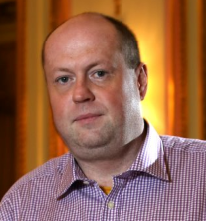 Get in touch and let's talk about how we could help your business.